IT WAS SAID THAT AT ONE TIME GREAT BRITAIN clothed the world. In the 1880s, when the British textile industry was at its most prosperous to date, much of the world’s population wore at least some article of clothing made from fabric produced in the mills of Lancashire. From 1910 to 1913 alone, more than 8 billion yards of cloth were woven, cut into prescribed lengths, folded, stamped, labeled, and baled. Most of this output was for export–with 40 percent of it shipped to India.

TO DIFFERENTIATE THEIR GOODS, British textile manufacturers pasted illustrated paper labels known as “shipper’s tickets” to the faceplate of each piece of folded cloth sold into the Indian market. Designed, printed, and registered in Manchester, these appealing chromolithographed images drew attention to the offerings of a particular firm–and much like present-day branding, ensured their ongoing notice within the bustling bazaars of India. The vast array of subjects and stories depicted (including the Ramayana and Mahabharata) reaches through time and across Heaven and Earth, from the divine realm of the Hindu deities to the courtly grandeur of the Indian maharajas and their consorts, royal elephants, nautch dancers, and acrobats, to the trappings of Empire and the Raj, the glory and rituals of the British monarchy, the wonders of modern industry, the unfolding drama of World War I, and India’s courageous fight for Independence.

Click the arrow to the right, below to scroll through selected pages. 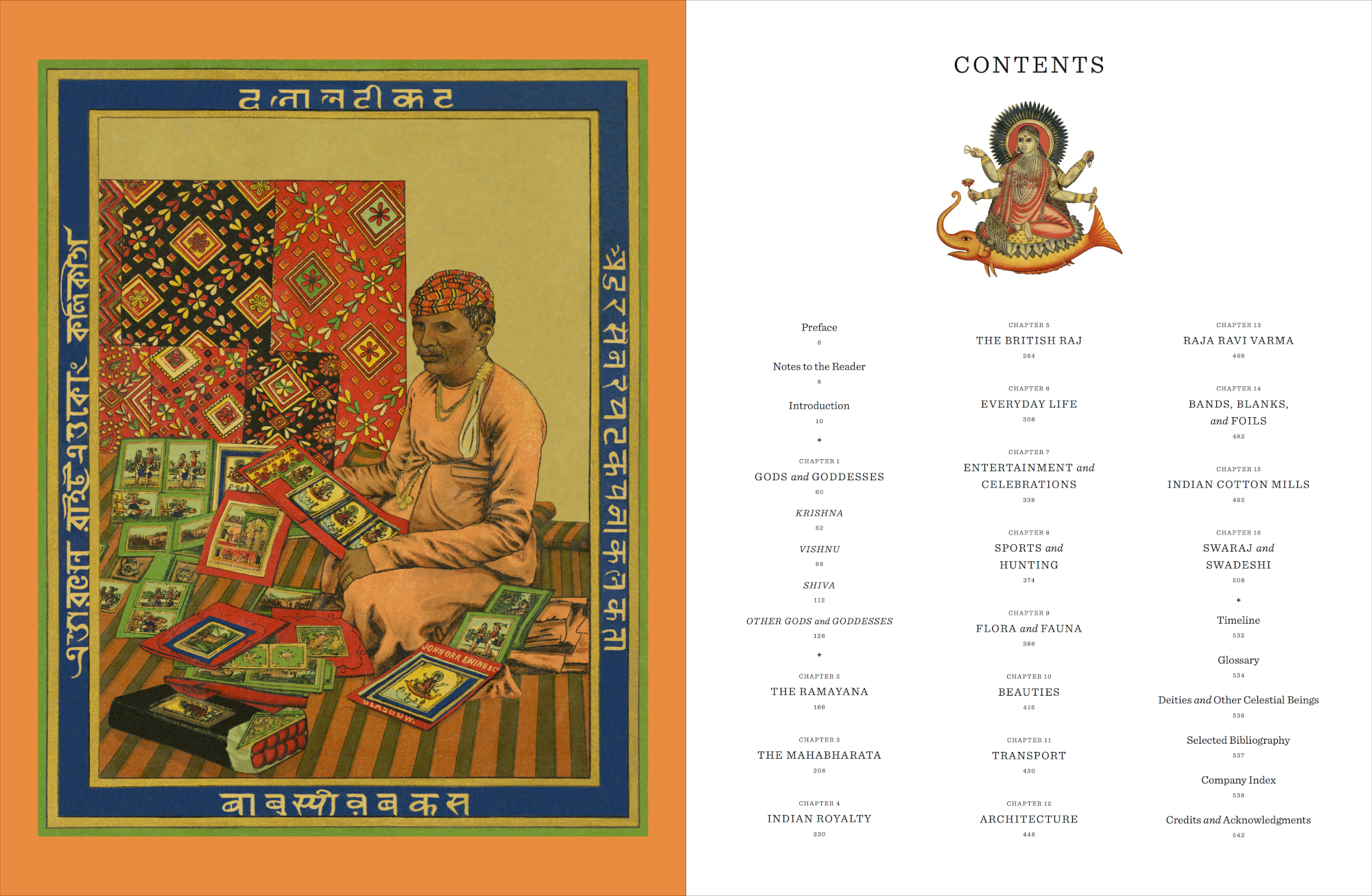 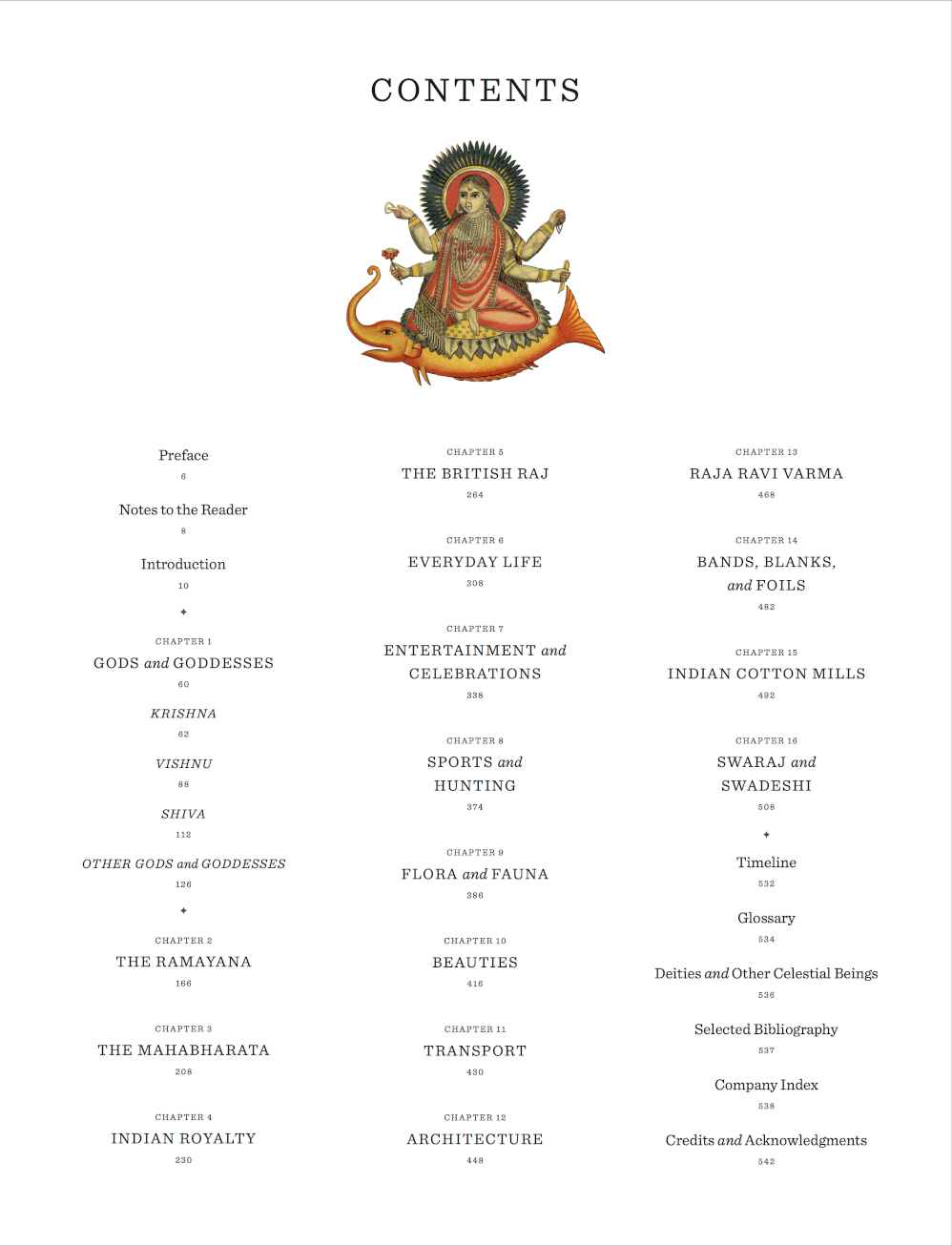